2016 Evoque to be the world's most efficient production Land Rover 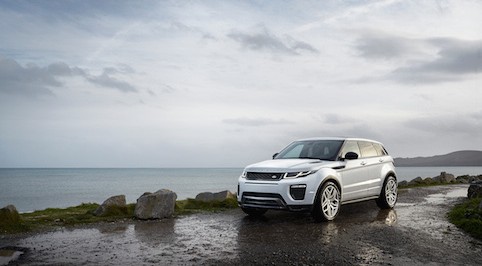 2016 Evoque to be the world's most efficient production Land Rover

Land Rover's next generation Range Rover Evoque is set to become the most efficient production Land Rover in history when it makes its debut at the Geneva Motor Show.

The next generation of the luxury SUV, which has become the brand's fastest selling model, will feature a comprehensive range of new design features and technologies to reinforce its status as the market leader.

Interior changes include new seats and door casings, a new infotainment system, which is accessed via an eight-inch touchscreen, and the introduction of new colours and materials such as Lunar Ice, Vintage Tan and Dark Cherry.

Land Rover's advanced new diesel engine will also make its debut at the Geneva Motor Show next month. The new EU6-compliant four-cylinder Ingenium unit is designed, engineered and manufactured in the UK and produces up to 179bhp, has an estimated fuel economy of up to 68mpg and emits CO2 emissions as low as 109g/km, making the class-leading Evoque the most efficient Land Rover ever produced.

Jaguar Land Rover UK managing director Jeremy Hicks added: "The Evoque has proven to be an enormous success in the UK with sales of 62,000 since its launch back in 2011. Clever design, class-leading residuals and competitive cost of ownership have all been contributors to its success.

"The 2016 model year Evoque builds on this achievement with a new engine line-up delivering outstanding CO2 emissions down to 109g/km and for the first time; an all-wheel drive version under 130g/km. This combined with intelligent and relevant technology will ensure that the Range Rover Evoque is an attractive proposition to both private and fleet and business customers."