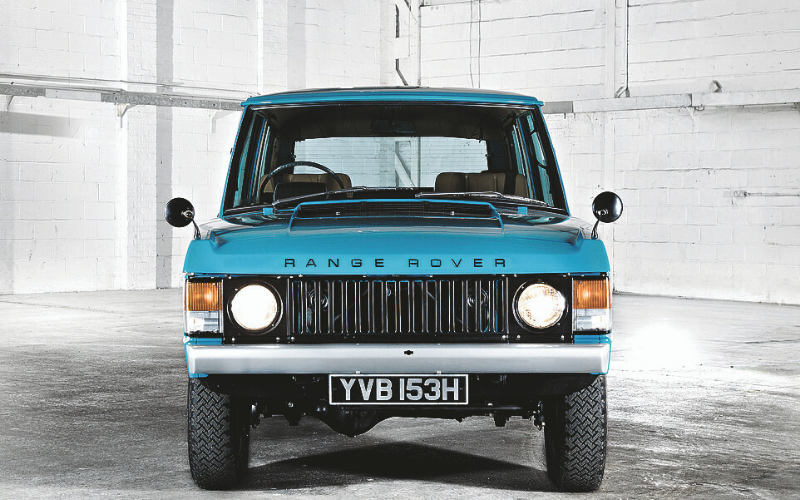 As a celebrity in its own right, the legendary Range Rover has turned 50 with a new special edition model to celebrate.

It’s now been half a century since the world's first luxury 4x4 was born; Land Rover first launched the Range Rover in 1970.

To mark the historic occasion, Land Rover have produced a new Range Rover Fifty special edition model. This is a fitting celebration, as the British car manufacturer has sold more than a million examples of the luxury 4x4 over the past five decades.

There’s been four incredibly popular generations of the Range Rover, each loved by royalty, world leaders and celebrities alike.

Land Rover’s launch of a limited-run Range Rover Fifty model will be restricted to just 1,970 vehicles globally, to mark the year of its arrival.

As Golden Anniversary specials, they are said to be priced in excess of £100,000. 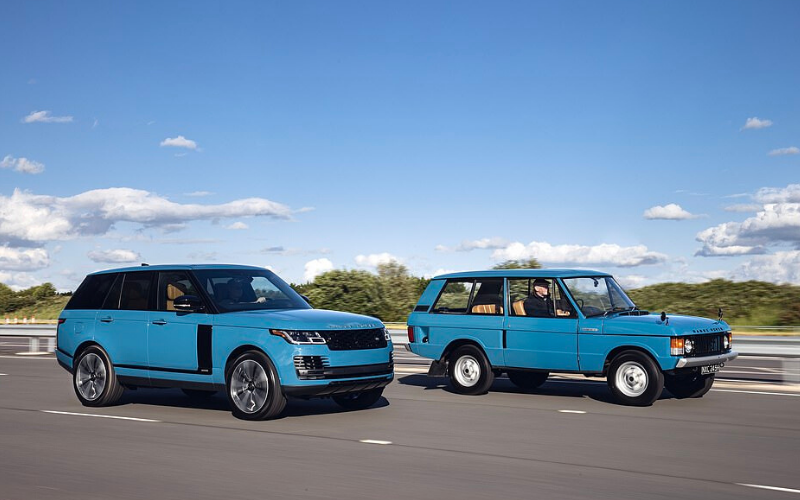 Most Range Rover Fifty examples will be finished in one of four colours: Carpathian Grey, Rosello Red, Aruba (a silver shade), and Santorini Black. However, a limited number of customers will be able to choose from a further three hues that were all available on the original Range Rover in 1970: Tuscan Blue, Bahama Gold and Davos White. 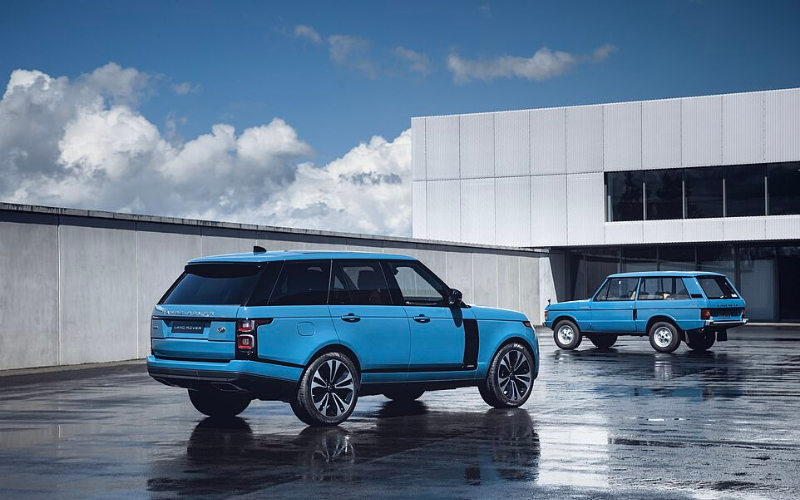 Starting out as just one model in 1970, the Range Rover was a luxury spin-off from the original Land Rover of 1948.

In the past 15 years however, Range Rover has evolved into a family of popular models - all with their own personality and suitability for a variety of drivers.

Throughout the years, many famous figureheads, celebrities and even royalty have been spotted driving their own Range Rovers.

The Range Rover offers luxury and great capability without compromise - Land Rover has become a deeply trusted household name, with Range Rover’s reputation for quality, both in design and engineering, preceding itself. 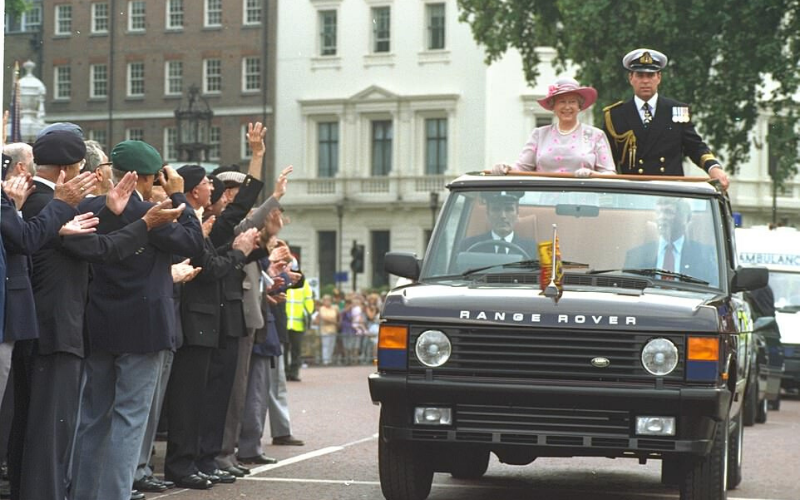 VE Day Celebrations 1995 - The Queen and the Duke of York in an open top Range Rover greet the crowds. Photo credit: Clive Limpkin.

As well as facilitating Her Majesty’s public appearances, the Queen herself has been spotted through the years driving her own Range Rover cars. Despite the Queen’s age, quite often she can be seen chauffeuring other members of the Royal Family too! 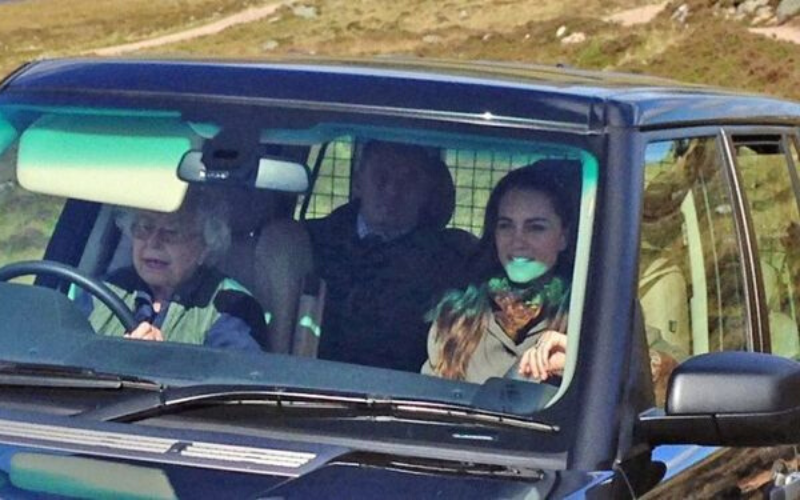 A few years ago, Hello! magazine reported that Queen Elizabeth II hosted the Duchess of Cambridge’s family at her summer residence in Balmoral, Scotland. The Queen chauffeured Carole Middleton as they returned from a grouse shoot, and earlier in the day she transported Kate to a picnic with William in her choice Range Rover at the time. Photo credit: Good Housekeeping.

In 1982, a specially-commissioned bullet-proof 'Popemobile' Range Rover was built for Pope John Paul II's visit to the UK. 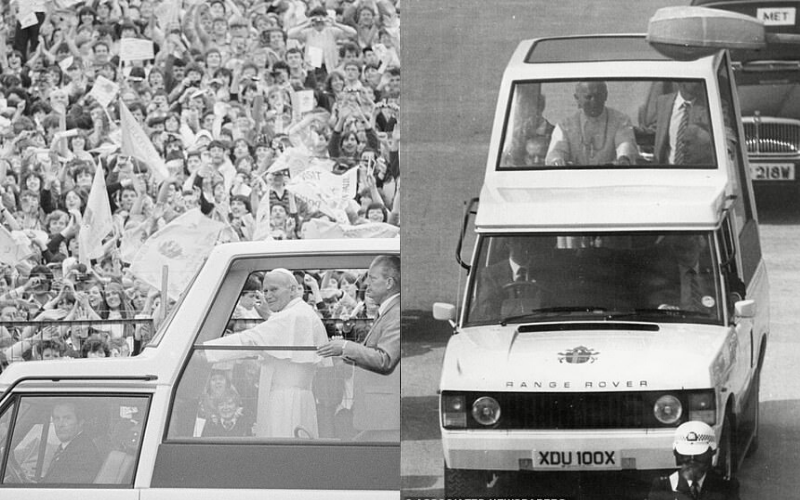 The upcoming Range Rover Anniversary line will initiate the lead up to sales of the 2021 Range Rover. The future’s next instalment has already been spotted undergoing testing, camouflaged on UK roads.

In the meantime, if you’d like to see our fantastic deals on the latest Range Rover available, click the link below:

Additionally, if you’d like to see our amazing offers on Approved Used Range Rovers, click the link below: