A sneak peak at the 2016 Range Rover Evoque 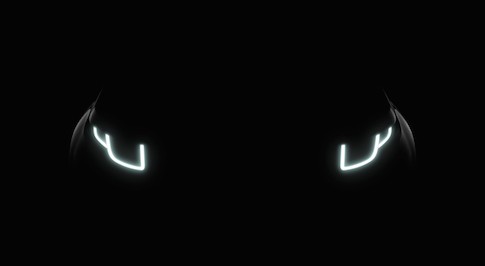 A sneak peak at the 2016 Range Rover Evoque

Land Rover has revealed the first glimpse of the 2016 model year Range Rover Evoque, with a striking new headlamp signature.

The new Evoque will be the first Land Rover to feature full LED adaptive headlamps when it makes its world premiere at the Geneva Motor Show next month, using new technology to follow the curves of the road and optimise vision in dark conditions.

The 2016 Range Rover Evoque also comes with a range of new equipment including a new engine line-up, new safety and convenience features and interior enhancements, which are wrapped in the trademark exterior design.

Land Rover design director and chief creative officer Gerry McGovern said: "Our challenge has been to enhance Evoque without diluting its iconic design. The design refreshments give it an even greater presence on the road yet retain the emotional appeal that has made it so popular with more than 400,000 consumers around the world."